Get fresh music recommendations delivered to your inbox every Friday.

by The Vashon Sessions 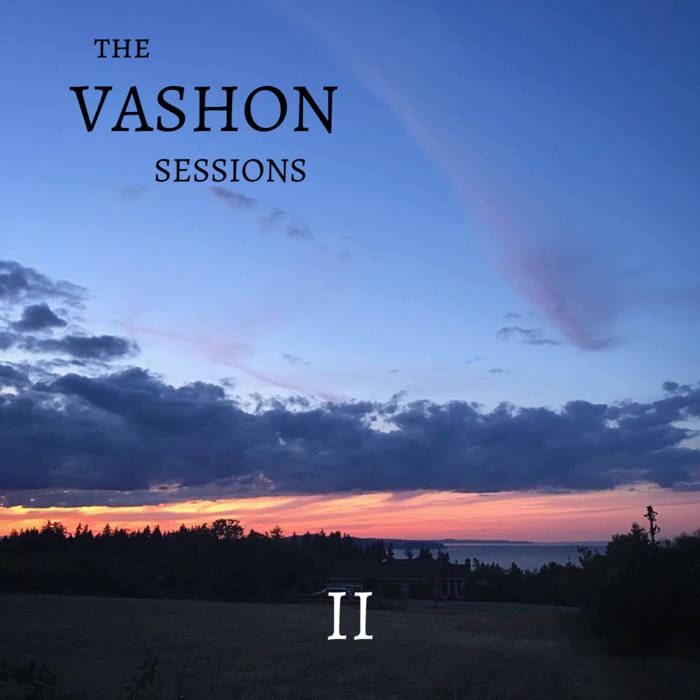 The Vashon Sessions is a collaborative music project whose goal is to bring together some of the Pacific Northwest’s best folk musicians to create something new.
​
Each summer, a dozen or so musicians gather in the little house on Vashon Island, which has been converted overnight into a recording studio. Some of the musicians have known each other for decades; others have never met before. There is no set list, no prior rehearsal, no production schedule. The musicians’ goal is simple: in the course of a weekend, they will make an album.
​
The Vashon Sessions aims to record and produce the music that is at its best in living rooms and kitchens, to capture the joy that musicians feel in playing together, and to explore the ways that different genres of traditional and folk music can interface with each other to create new and exciting sounds - in short, to capture the best of contemporary folk music.

Produced by Alex Sturbaum
Recorded and mixed by Brian Lindsay

This is a free album. However, if you feel like giving something in exchange for this music, please consider donating to Real Rent Duwamish, an organization that calls on people who live and work in Seattle to make rent payments to the Duwamish Tribe. The Duwamish were the original inhabitants of Vashon and Seattle, and have not been justly compensated for their land, resources, and livelihoods. Visit www.realrentduwamish.org to donate and find out more.

The Vashon Sessions is a collaborative music project based in western Washington. Its goal is to bring together some of the Pacific Northwest’s best folk musicians to create something new.

Bandcamp Daily  your guide to the world of Bandcamp